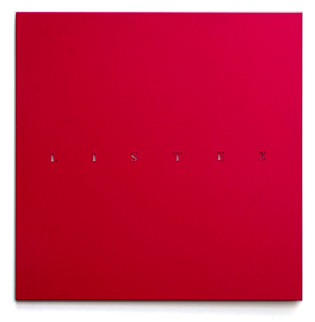 Perhaps art creates more questions than answers and provokes rather than soothes? That is its nature and purpose.
Fashion, though primarily involved in making money, is a major catalyst in the on-going debate of what constitutes art today and what the alternatives might be.
Altering an image to become a text, giving an image an alternative image and giving objects and images names that may or may not be true, appropriate or meaningful is the stuff of imagination. Its also anarchic, perverse and a challenge to interpretation.
Fontana let the light of reality into the light of illusion. His slashed and gouged holes joined illusionistic space to real space. To have a real space creating the form, content and illusion on a surface through penetration, is visually and intellectually stimulating. Vision becomes something else.
> zoom